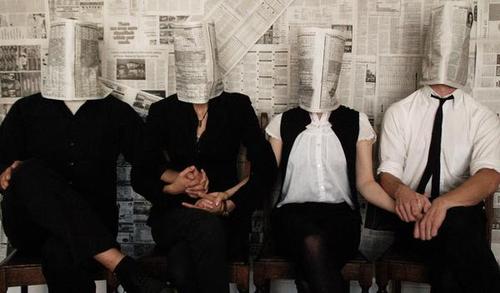 He says he can't read music and often doesn't play a "real" instrument, but Moe! Staiano has become a force in the local creative-music scene. His newest band, Mute Socialite, puts creative music in a nice, loud, post-punk box with a razor-blade bow on top.

Moe! does awesome solo percussion performances, and of course he leads Moe!kestra, a crazy improv/game-piece big band that I've noted here and especially here. He was also an original member of Sleepytime Gorilla Museum.

In putting up a new band, Moe! went for a combination of complex composed parts and free-abandon improv. It's thick and noisy, with Ava Mendoza's guitar providing the thrust and ignition, and Alee Karim providing a throttling, ten-ton bass. On top of that, the band has two drummers: Moe! and Shayna Dunkelman, doubling up the intensity.

The music moves fast, turning corners sharply and piling on the dissonant chords. I keep wanting to call it instrumental punk, but it's more a post-punk sound with influences from the prog-metal world. Some songs go for crisp rhythms and even tuneful lines, so you can rock out and enjoy your brutal harsh noise all at once!

Exciting things are in the works for the band. In our interview during the show today (which included, via speakerphone, all four band members and new addition Liz Allbee) Moe! mentioned they've done a studio session with Sleepytime Gorilla Museum member Dan Rathbun, stuff that he's hoping to release on a 7" soon. href="http://www.sleepytimegorillamuseum.com/moe/dephineknormalmusik.html"target="new">Keep watching.

Separately: Yesterday marked my 10th anniversary of being on the air here at KZSU. (Go ahead. Look it up.) To celebrate, I kicked off the show with my favorites of the quirky pop songs I've been overplaying during the past decade.

The first song I ever played on-air, and for a while, I'd launch each new quarter with it. It's got a big, dramatic sound, with soloing free enough to hint at what's to come in the show.

Leader of the Lounge Lizards, Lurie did several soundtracks in the '80s and '90s, including some by Jim Jarmusch. This album collects two of those soundtracks, African Swim and Manny & Lo. I didn't play "Big Trouble" as much as the other songs in this program, but it's always been a fave of mine, with Lurie doing a deadpan monologue about getting into big trouble, and drummer Calvin Weston interjecting, "Oh no!" The second verse is priceless. Lurie describes how one day he went driving around town naked for no apparent reason, concluding with, "What .... was I ....... thinking." It's pretty damn funny, and made a nice follow-up to "Yak."

Crazy experimental pop from the weird half of 10cc (the half that split off and would eventually become a big video-making team during the MTV '80s). Godley & Creme have been my go-to guys for the last decade, especially when I wanted to throw a curve during a pop show. The albums L, Freeze Frame, and Ismism (formerly Snack Attack) are a staple of my pop diet. This track is particularly wacky, with the vocals getting shifted in frequency all over the place, often multiple times per word. Love it.

From an album of ethereal, floating avant-jazz. This track has a nice, almost folky beat, and a hummable melody that's made it almost a pop song to my ears. Noted here, along with the story of what it took to see Alas No Axis live back in 2000, a trip that made me one of the first few dozen people to buy a copy of the band's debut CD.

I really wanted to play the original version off of 1981's Discipline -- which I prefer to this live verison, actually -- but alas, it finally happened: Someone put a big gouge in Side 1, right through "Elephant Talk" and "Frame by Frame." Sigh. This is an old favorite track off what might be my favorite album ever. I feel like I play this song and album all the time, but our database says otherwise (click the "Find It!" link and see).